Galveston College to host ‘The ABC’s of LGBT+’ 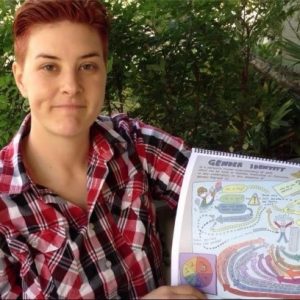 The Galveston College Office of Student Activities will host a lunch and learn on “The ABC’s of LGBT+” featuring Robin Mack, co-creator of “the Gender book,” on Monday, Oct. 29, from 12:30 to 1:30 p.m. in the Abe and Annie Seibel Foundation Wing-West on the campus of Galveston College, 4015 Ave. Q, Galveston, Texas.

The workshop will cover basic, intermediate and common terminology, an introduction to pronouns and gender, and barriers for LGBTQ people. Becoming an effective ally also will be discussed.

After recognizing the need for more education surrounding gender and gender variance, and realizing that no such introductory book existed, the creators of “the Gender book” combined their talents and unique experiences to produce one themselves. Mack co-authored, drew all illustrations and infographics throughout the book, and spearheaded community relations.

Over 200 people were surveyed for the book. Countless interviews were conducted with community members, and additional input was included from poet Boston. Boston is the book’s main character.

Mack, who also serves as a community volunteer specialist at the Montrose Center in Houston, conducts Gender 101 talks and presentations on college and high school campuses throughout the United States.